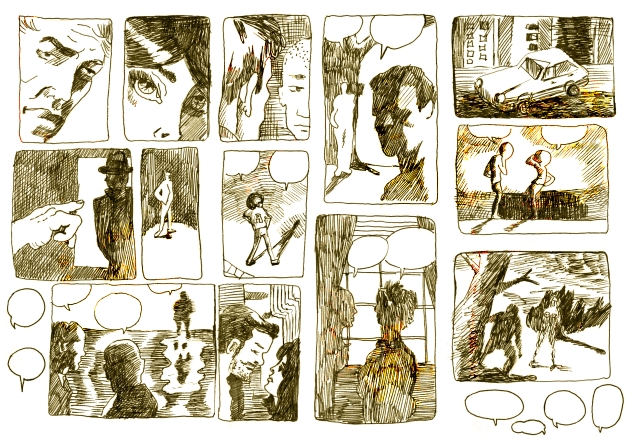 It’s been a long time since screenwriting has relied on the typewriter. In fact, you often hear through the Hollywood grapevine that no one will even look at your script if you’re not using the right software, whether it’s Final Draft or Script Magic. For years I’ve contributed for several screenwriting publications, and I’ve often been concerned about Hollywood being more concerned about the software the script was written with, instead of whether the script itself is actually any good or not.

Nevertheless, there’s been some interesting technology for screenwriting that has definitely piqued my interest. John August (Big Fish) came up with a screenwriting app called Fountain, which his personal website johnaugust.com tells us allows you to “write screenplays in any text editor on any device, from computers to iPads to smartphones.” And now, as Deadline tells us, Amazon has developed a program that can turn your script into storyboards.

Storyboards have of course been used in films and animation since practically the dawn of cinema, and it’s always been a good way to lay out a road map for your movie. Alfred Hitchcock never worked without them, and although Hitchcock’s storyboards were incredibly detailed, some directors feel the less detailed they are, the better, because it gives you more flexibility when shooting.

As a press release tells us, “For years, Amazon has been developing new programs, services and features to make it easier for content creators to make and distribute their work. Amazon Studios, the original film and series production arm of Amazon.com, announced a new innovation for writers and filmmakers – Amazon Storyteller.”

This technology “is a free online tool that turns scripts into storyboards, complete with characters and dialogue that can then be shared with others for feedback.” This technology is available at www.amazonstudios.com/storyteller, and as the press release continues, “Storyteller provides a digital backlot, acting troupe, prop department and assistant editor – everything you need to bring your story to life.”

All this could be great fun to play around with, and in some circumstances it could help sell a movie that’s hard to visualize. Just imagine if George Lucas had this when he was writing Star Wars, which was pretty much gobbledygook on paper and impossible for practically every Hollywood executive to decipher. I also wonder if you can do this with recreations of celebrities. Can you illustrate your movies with A-list actors in an attempt to convince them to star in your film?

In any event, this is all cool stuff that can make your script look more professional in the right hands, but you have to have a good story in the first place, or else all the technology in the world can’t make it any good. It’s an old cliché, but it’s the truth: If it ain’t on the page, it ain’t on the stage. Replace page with “computer screen,” and the cliché still holds true today.